Skip to Main Content
It looks like you're using Internet Explorer 11 or older. This website works best with modern browsers such as the latest versions of Chrome, Firefox, Safari, and Edge. If you continue with this browser, you may see unexpected results.

Searching for evidence: Levels of evidence 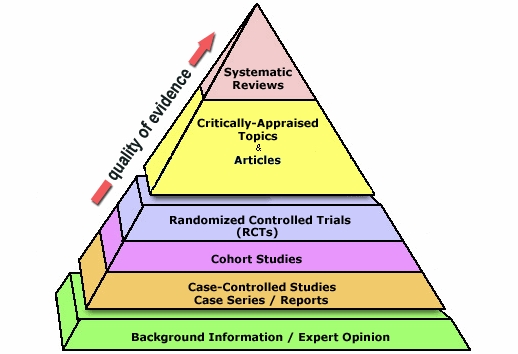 The Haynes 6S evidence model has an additional layer at the top of the pyramid for SYSTEMS (where evidence is integrated within clinical decision making systems). 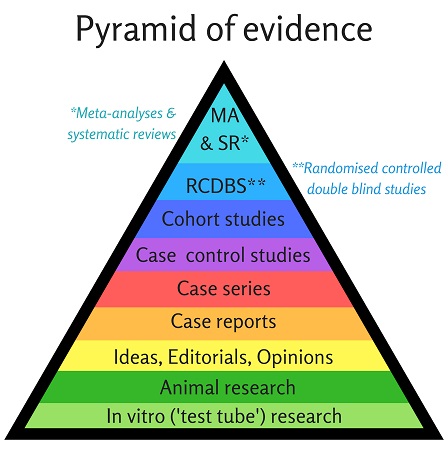 Deciding on the best types of study

Comparative effectiveness research (CER) is the conduct and synthesis of research comparing the benefits and harms of different interventions and strategies to prevent, diagnose, treat and monitor health conditions in "real world" settings.

I Systematic review of RCTs

II At least one RCT

III-2 Comparative studies with concurrent controls and allocation not randomised

For information about systematic reviews, see the following selected sites.